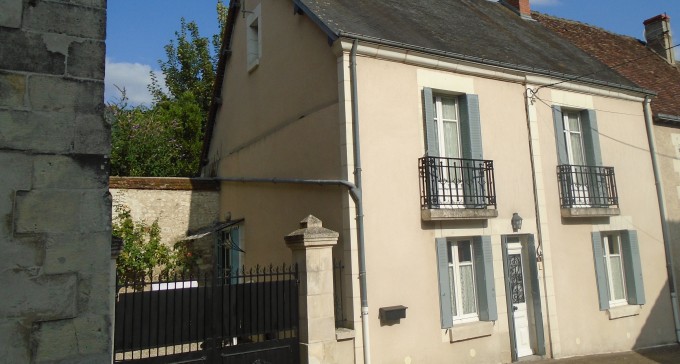 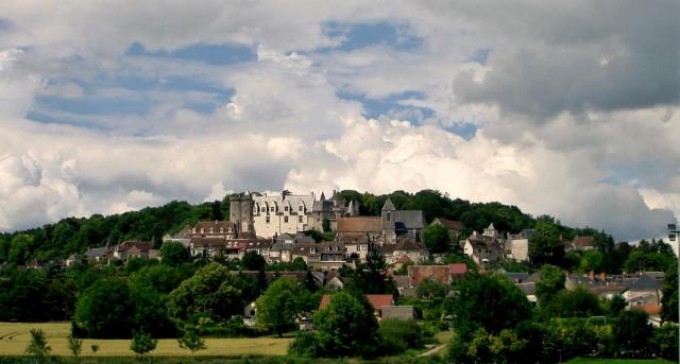 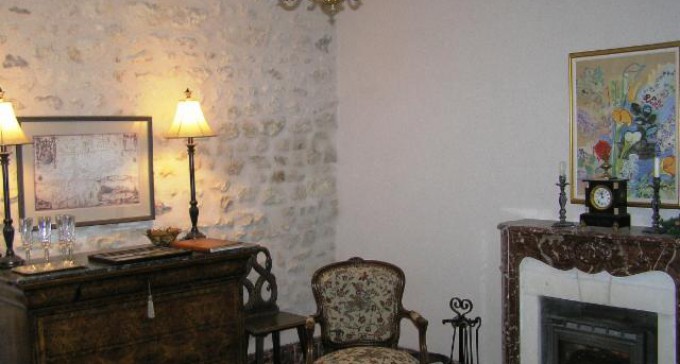 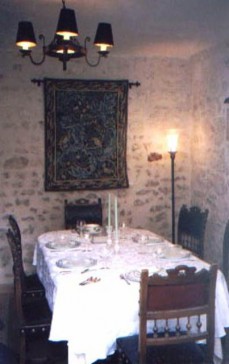 A part of one of three bathrooms in the house. 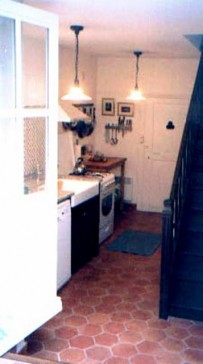 A view of the kitchen from the cour. 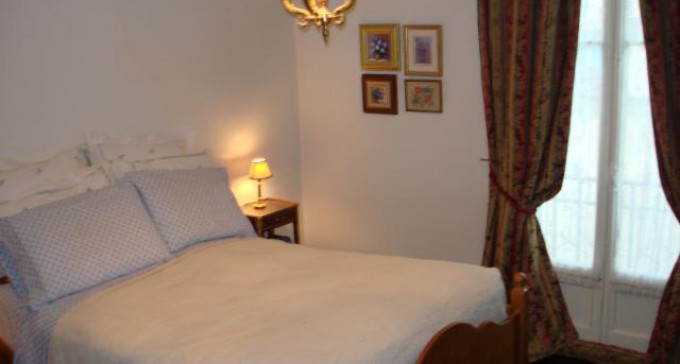 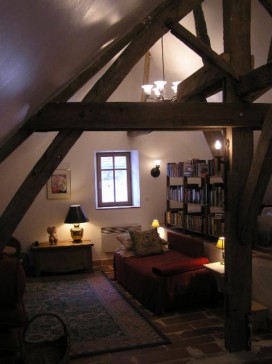 Grenier also used as bedroom, has its own bathroom. 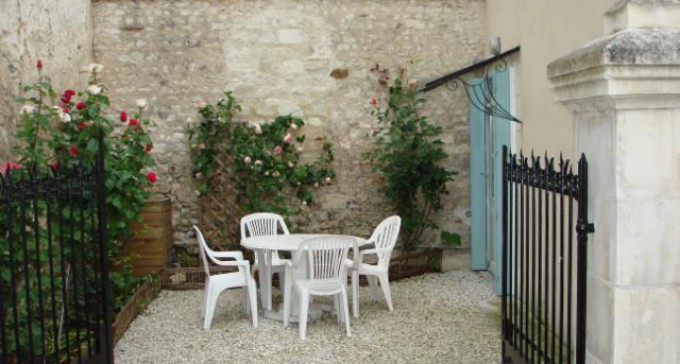 We like to enjoy meals in our courtyard. It is just outside of the kitchen. 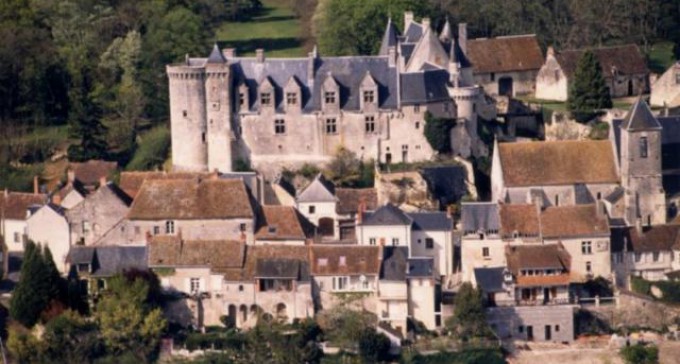 Chateau of Count Frontenac, hero of French Canada, is listed as a national monument. 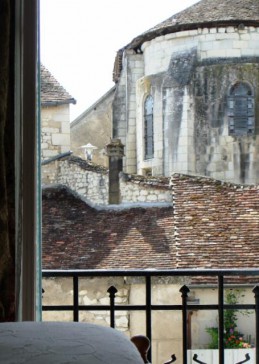 View of the 11th Century priory from the master bedroom. 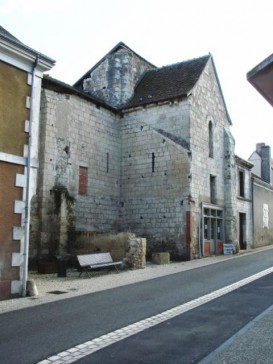 Front of the 11th Century priory. 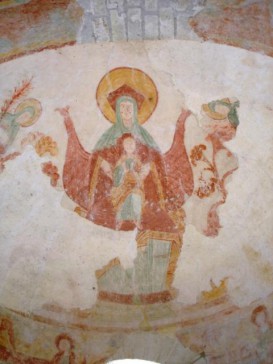 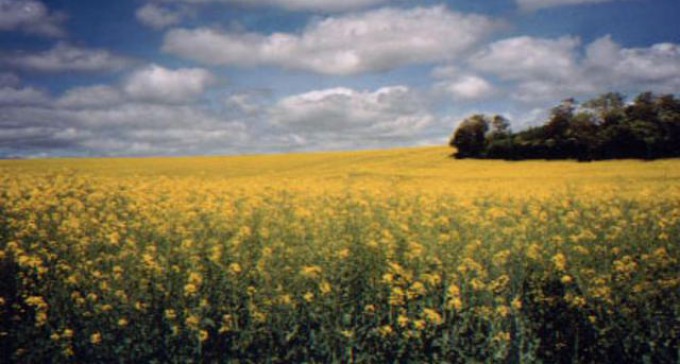 Nearby field of yellow rapeseed. 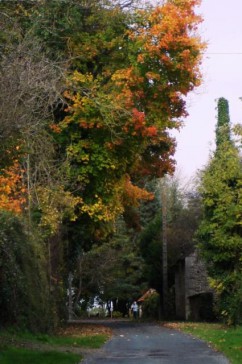 Lane in our village. 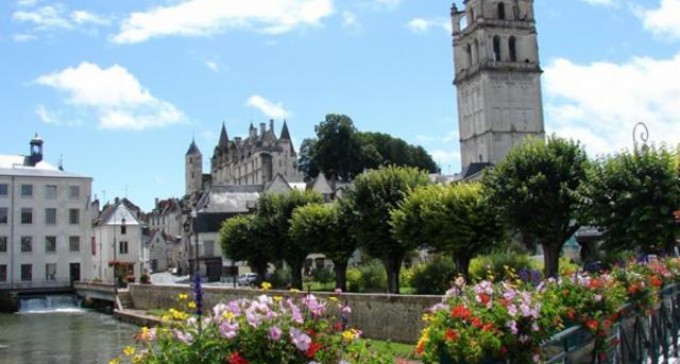 Historic village of Loches, with a chateau and dungeon. 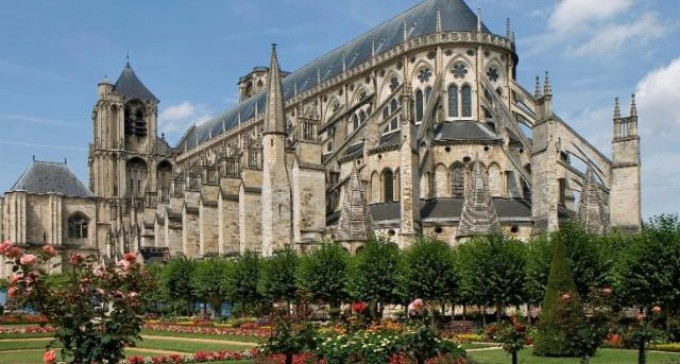 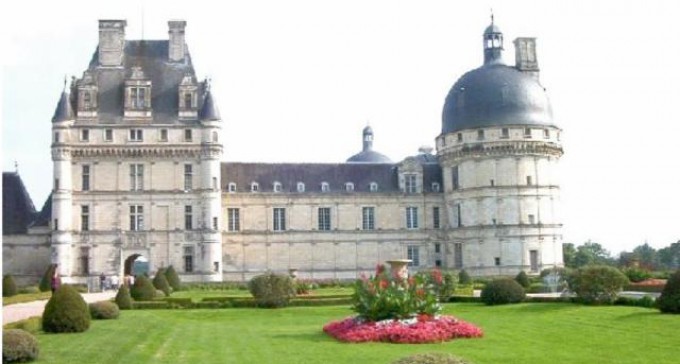 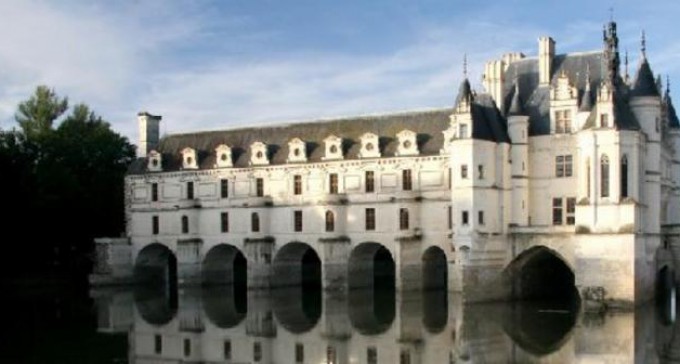 Chateau of Chenonceau, one of the most visited sites in the Loire valley.

Our house is in Palluau sur Indre, an historically designated village. It is in the absolute center of France and convenient for day trips to Paris and for exploring the chateaux of the Loire Valley as well as several historic towns and villages.

Our three-story house, built around 1850 on older structures, has been fully renovated. We've installed handmade tiles and exposed some of the ancient stone walls. A galley kitchen opens onto a small graveled courtyard, a perfect place for alfresco meals. An 11th century priory dominates the view from our bedroom window.

You can get to our house by car, train, and plane. From Paris, one can take a train to Tours or Chateauroux and rent a car. Besides the airports in Paris, two airports closer to our village are also an option. The airport in Limoges serves four airports in England on a regular basis and an additional four on a seasonal basis. The airport in Tours provides connections to London, Dublin, Porto, and Marrakech. Both airports have three or four car rental agencies.

The chateau that dominates the village was once owned by the Count of Frontenac, the Governor General of Quebec who expanded French influence and territory in Canada, including what became part of the United States, for King Louis XIV.

Our village is the perfect place from which to explore the chateaux of the Loire. Day trips are easy to major chateaux, such as Chambord, Chenonceau, Blois, Valencay, and others. Historic towns, such as Loches, Tours, and Bourges, are nearby.The Brenne Regional Park is great for walking, swimming, horseback riding, and bird watching.

Two golf courses, two public swimming pools, a beach in the Brenne, and horseback riding stables are close by, and there are tennis courts in the village. Country walks are steps from our door.

Other options include: vineyards of the Loire Valley, quaint villages, and museums in nearby cities. There are eight villages that qualify in our department as among the most beautiful villages in France: five are easy day trips from our village. One of them, Gargilesse-Dampierre, was the summer home of George Sand, the 19th century novelist. 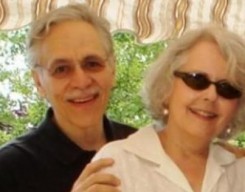 We are experienced exchangers having completed 11 exchanges with partners in Russia and England, Scotland, Italy and the United States. We are currently involved with research on baby boomers and their elders and have written two books on our work. Our past careers include public relations, newspaper journalist, and college teaching. We enjoy reading, writing, and various forms of exercise. One of our primary hobbies is traveling. And, of course, renovating old properties! We don't smoke. We are very careful with our own possessions and will be with yours. We also live in St. Paul, Minnesota, where we found ourselves transplanted several years ago.