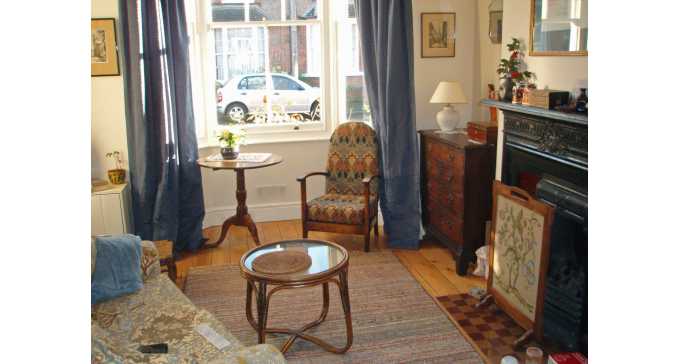 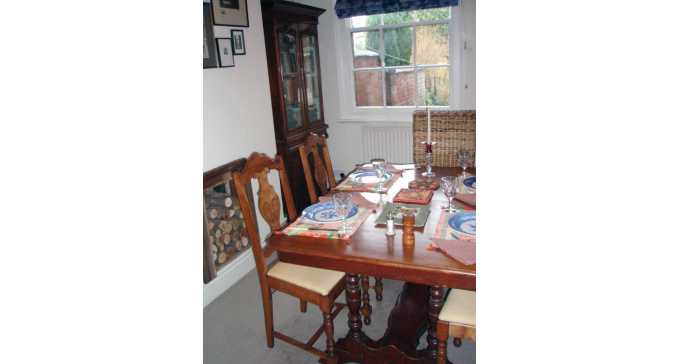 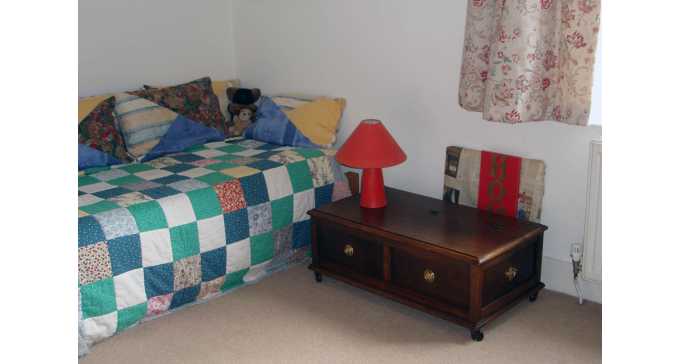 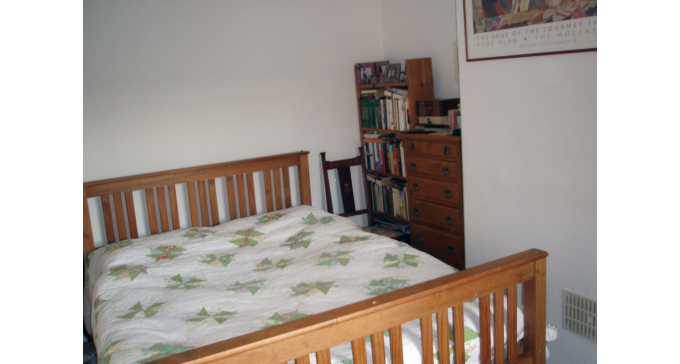 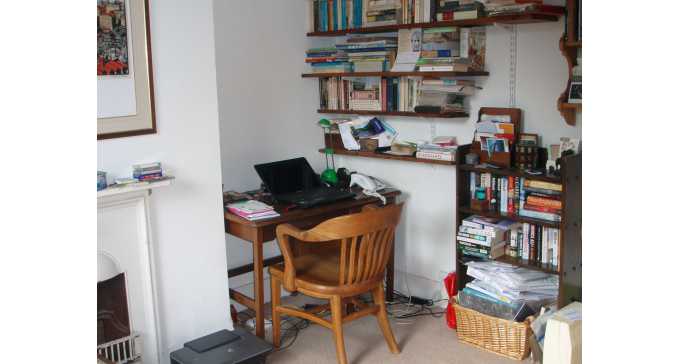 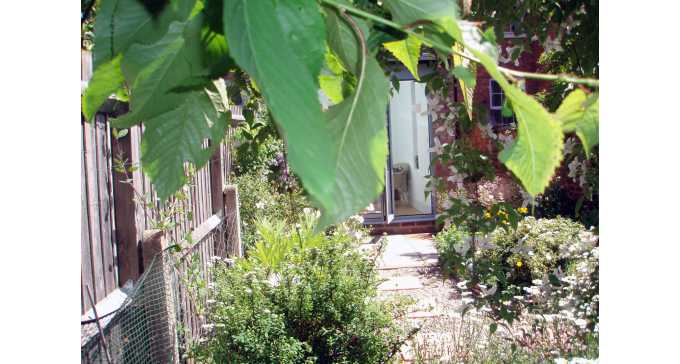 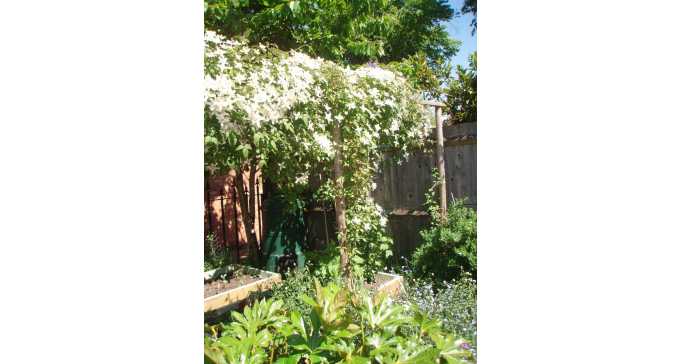 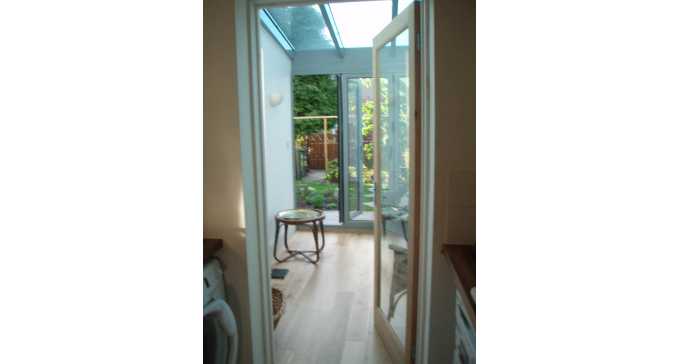 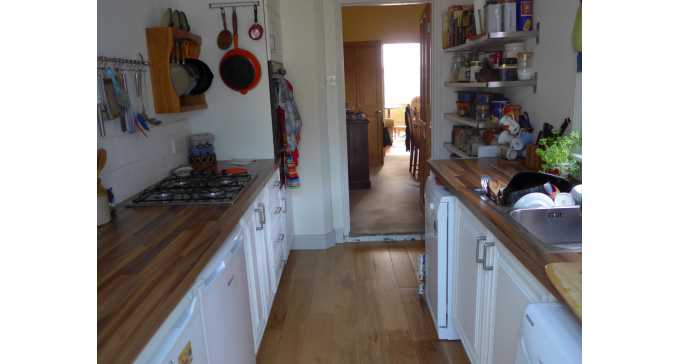 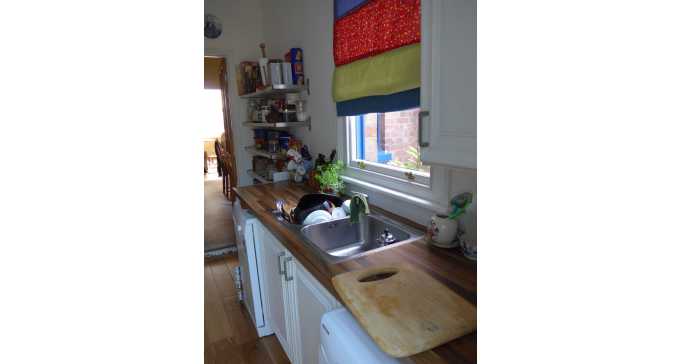 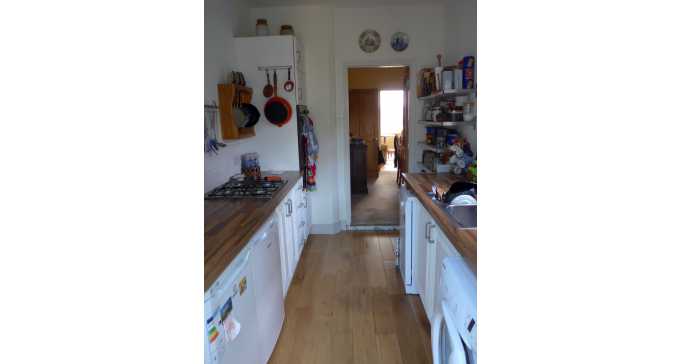 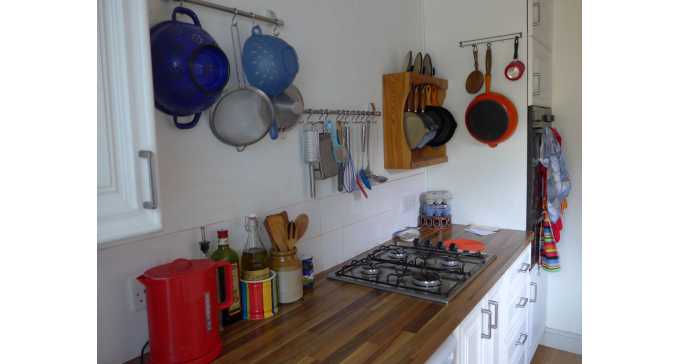 Terrace house build around 100 years ago. There is an old Manor House nearby which is opposite Lillington Church.

Downstairs is an interconnected sitting room and dining room, behind which is a galley kitchen. Behind the kitchen the previous 'coal hole' and 'outside WC' have been converted into a garden room with a glass roof and bifold glass doors, leading into the garden.
Upstairs a large guest room which is also used as a study and work room, also a single bed, another mattress is available. The smaller room overlooking the garden is used as the main bedroom. A with bath, basin toilet and walk in shower has travertine tiling on floor and walls.

The reputed centre of England is located between my house and the town centre of Leamington Spa. Originally Lillington, where my house, is situated was a separate village, with an ancient Church and beautiful old Manor House, but is now considered to be North Leamington.

Leamington Spa grew during the Regency due to the discovery of a spa and became a popular spa resort during this time.. It is a town with trees, parkland and wide avenues with beautiful housing and adjoins the ancient town of Warwick and it's famous castle. Nearby are also the towns of Stratford on Avon and Kenilworth.

The train link to London Marylebone and Birmingham are excellent. There are also good bus links within the town and to neighbouring towns and Coventry.

Canada in the summer or early fall

Although I now ive in England I have previously lived in Montreal,which I miss. I still have many friends and also family living in Canada. I have family living in Oregon USA who I try to visit each year, usually during the school summer vacation, but I do like to be able to spend time in Canada. A house swap would enable me to do so, spending time witht family and friends without relying on their good will and hospitality. I also have many cousins in Australia, and a house swap there would give me the same freedom. I preferrably like a location where I can rely on public transport, though walking/hiking is one of my preferred activities.