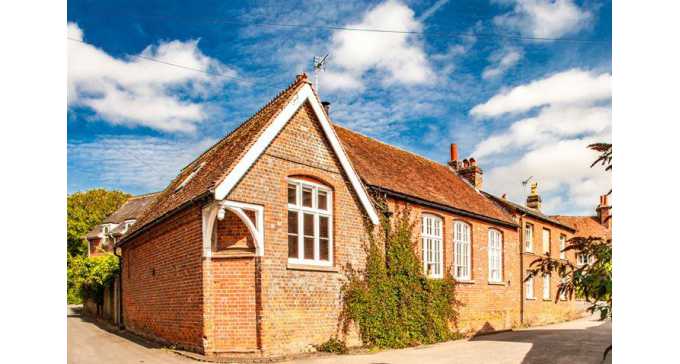 The house is a converted school 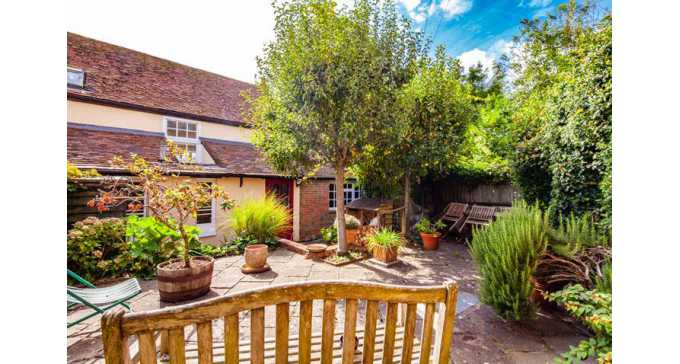 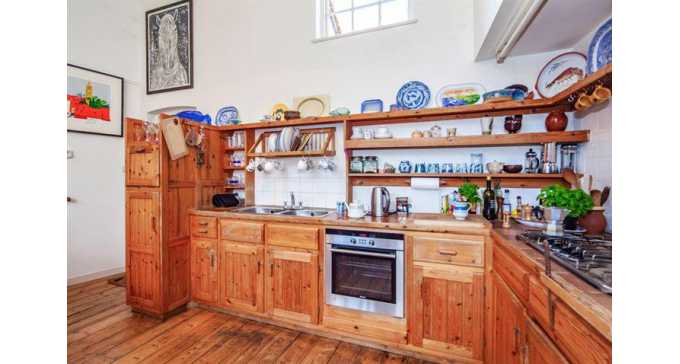 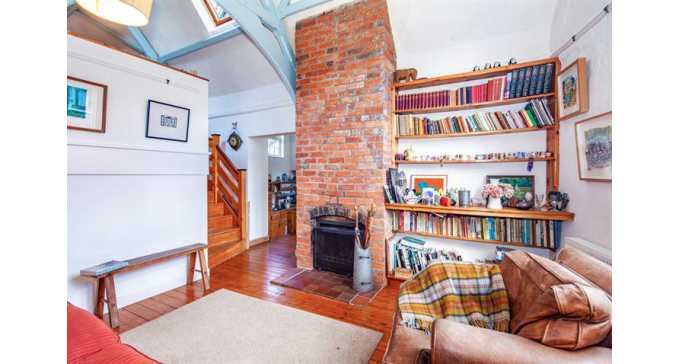 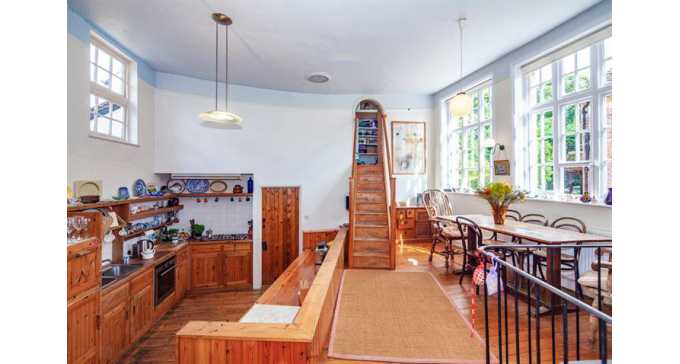 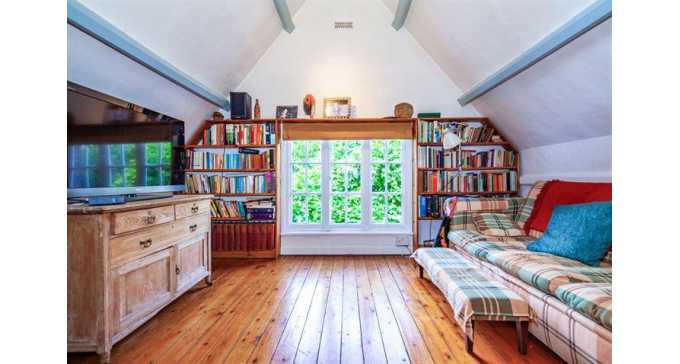 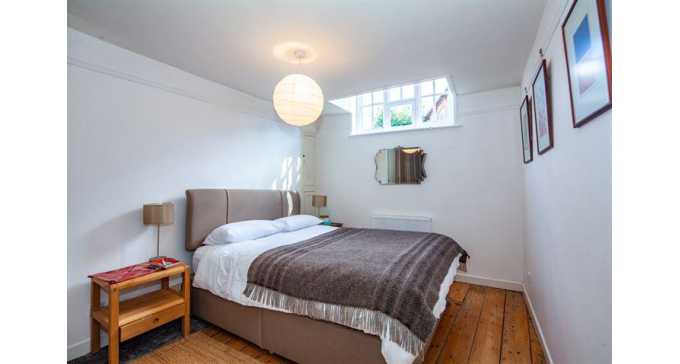 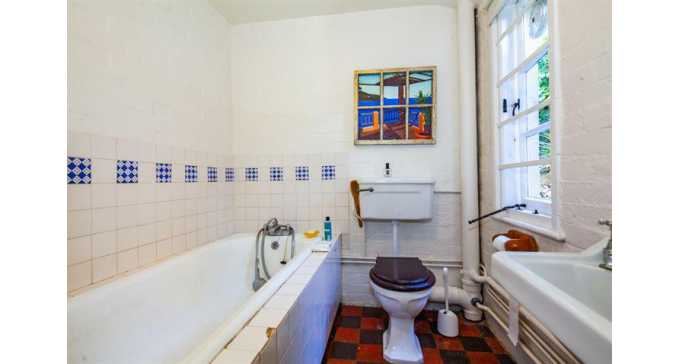 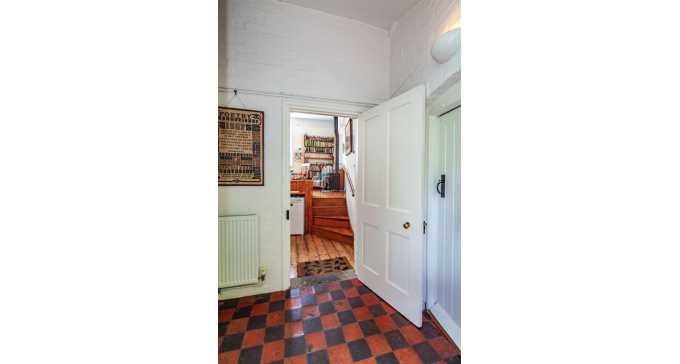 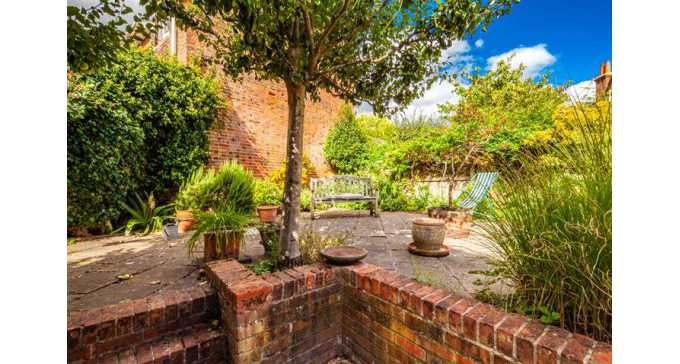 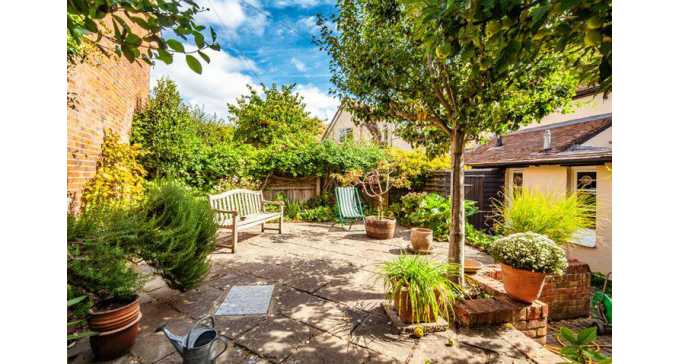 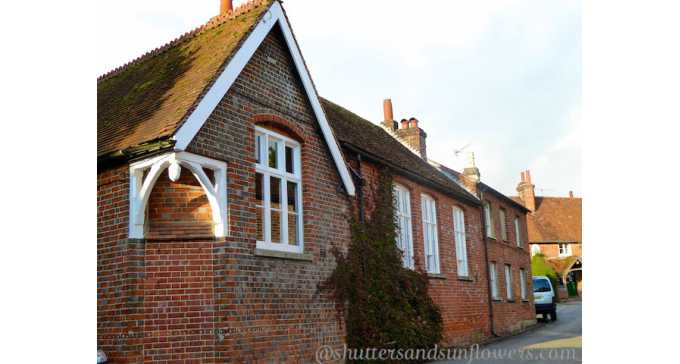 The house with pub of the year in background 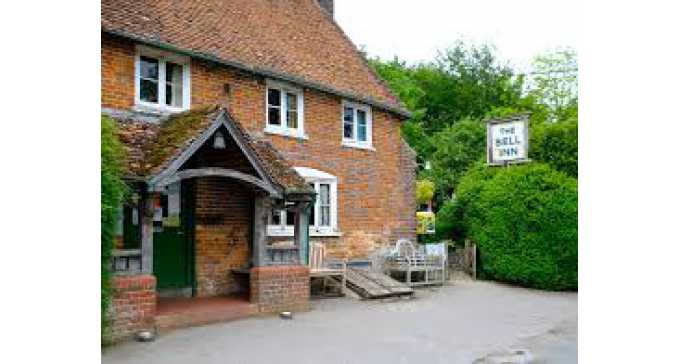 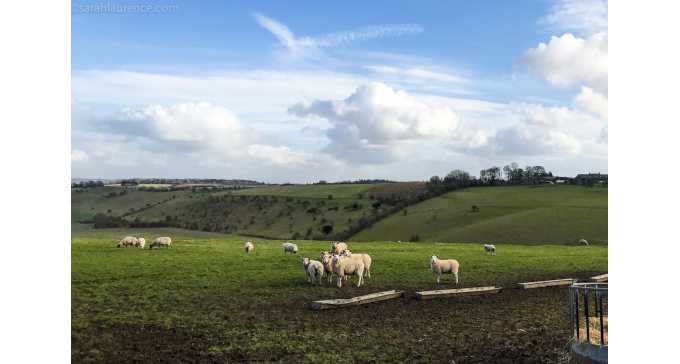 A CONVERTED former school in the centre of the village of Aldworth, nestled in the Berkshire Downs just to the west of Goring, it is a 15 minute footpath walk to The Ridgeway.

Built around 1860, this special property has a huge amount of character and has been renovated and refurbished in a uniquely brilliant way.

The house has a flexible split-level floorplan with three bedrooms and three reception rooms.

Many of the old school’s original design features have remained intact, such as the Victorian floor tiles and some of the original wooden floorboards.

The structure’s timber framing has been left exposed in some of the rooms, and the vaulted ceilings give the house a light, open feel.

The entrance hall has a cloakroom and leads through to the kitchen, which has a short set of stairs going up to a dining room with a wood-burning stove.

The sitting room has a lovely high ceiling, a brick chimney and an open fire. Above it is a spacious mezzanine study stroke family room.

The master bedroom has an en suite bathroom, and there are also two further bedrooms and a shower room.

Outside, there is a traditional paved courtyard garden with a sun terrace, and some mature trees and plants that add shade and colour.

The village hosts The Bell Inn (a 2 minute walk away) which was named Camra pub of the year this year.

The village hosts The Bell Inn (a 2 minute walk away) which was named Camra pub of the year this year. There is a second pub (The Four Points) in the village which offers hot meals and a lovely beer garden.

The historic village of Aldworth is situated in an AONB on the rolling Berkshire Downs and has two pubs including the renowned Bell Inn, and a Saturday shop held in the village hall.

The Church of St Mary’s contains the famous stone effigies known as the Aldworth Giants, depicting 14th Century knights, all over 7ft tall. Local shops and amenities can be found in nearby Goring-on-Thames (4 miles) and Pangbourne (6 miles) with both having mainline stations to London.

There are miles of superb walking and riding straight from the Old School on the many footpaths and bridleways and on the Ridgeway path which continues for 87 miles to Avebury in Wiltshire.

We are looking for an affordable holiday.